Skip to content
You are here
Home > Banks > The Brexit Endgame 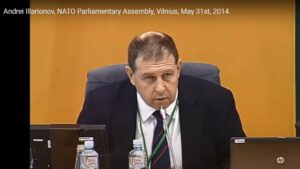 We are now in the Brexit endgame.

An endgame where statements such as ‘We will use the Brexit dividend to pay for the NHS’ in the world of Brexit reality means not a penny for the NHS, and indeed that the entire cost of EU Membership will be consumed by the additional costs of customs red tape.

The reality of the ‘Brexit dividend’ is a COST to the British taxpayer of £100 billion, and counting.

The bigger costs will be the loss of jobs for a generation across British manufacturing – indeed, this is what the economist most respected by Brexiters, Patrick Minford, promised all along….. however this pertinent fact was never quite promoted though our great British mainstream media.

And the British services industry – 80% of the UK economy, will be hit with a sledgehammer, as the UK’s ‘red lines’ have excluded the UK from being able to operate under EU passporting rules.

If you are starting to think that Brexit was all about destruction, rather than building up of the UK, you are on the right lines.

Brexit was a far right project, a UK press Baron project, a US billionaire project, even an Arab prince’s project – all donated generously and promoted extensively the wonders of Brexit sunlit uplands. 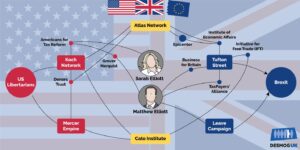 But above all, Brexit was a Russian project, with the Russian objective to damage the UK irreversibly, and the EU as much as possible.  This Russian objective has been explained by senior independent global observers – Andrei Illarionov perhaps spelt it out most clearly, at the NATO Parliamentary Assembly in Vilnius, in 2014…. and, without a single shot being fired, this is what Russia has achieved.

From the Conservative ‘business with Russia’ programme, loved by the right of the party, and the likes of the ERG and the Tufton St. cabal, they partied with the Russians, and accepted their donations, with an almost joyous delirium.

Back to the Home Secretary of the time, Theresa May, being asked by UK security services to investigate Arron Banks, and refusing that investigation. Why?  Well – you could look at the funding received by the Russian Oligarchs paid to Conservative party coffers, or you could look at the number of enthusiastic jollys to Moscow, paid for by the Kremlin, and an investigation of Banks could well shine unwelcome light onto a far too cozy relationship of the Conservative party with Putin’s Russia.

Banks was not properly investigated (he paid 8 million pounds to support Leave) – and it has been well established that Banks UK companies DID NOT HAVE THE FUNDS in place to provide such a donation.

The money came from an Isle of Man company, which made it ILLEGAL to be accepted as a donation to Leave campaigns.  And, via various conduits, there is strong evidence that that money came from Russia – most likely via the Putin linked BVI Sandalwood account.

That money was spent, incredibly effectively, using the huge power of detailed user profiling, to spend on ads which were seen by the 100s of millions by UK voters. 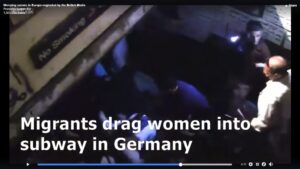 For example, the above is from a video, seen 1.5 million times, with images of a fight on the underground in Egypt, yet Leave.EU video said it happened in Germany. A complete fake, made to make UK people xenophobic. AND IT WORKED. And the ad was just one of many.

In under a week, just prior to the referendum, the huge spend moved a safe Remain result, to a Leave win.

But this is not an attack on Britain doing business with Russia – trade is the strongest bond between nations. Trade creates peace, cultural understanding, and wealth, if fairly executed, for all participants. The Russia trade gig was initially promoted by Labour, and then picked up by the Conservatives with gusto – and this in itself was not necessarily a bad thing.

However, where it all started to go terribly wrong was where Russia’s political objectives started to exploit and manipulate relationships and individuals.

For a link to the text…

“The third level of this war is the whole world while its target is the Western Alliance. The Western Alliance must be broken into two camps. The first one is Anglo-Saxon World. It includes the US, the UK and the so-called ‘Front States’. The term is apparently borrowed from the war against the Apartheid in South Africa. The Front states include Poland and three Baltic States. This camp should be destroyed. Another part of the Western Alliance is the Continental Europe that should either become neutral to new Putin’s Russia or could even turn into Russian ally.”

So to strengthen Russia’s position to weaken the main Anglo Saxon stronghold – the UK – is a prize worth fighting for.  Brexit was that opportunity.  And the fight was powerful – Banks, married to an ex Soviet spy, was the ideal conduit, useful fool, and spiv, to be the tool to help make Brexit happen.  Banks – a man without principles or interest in the truth, was a man who could easily be bought, just like Trump. Trump, a man so exposed to his financial debts to Putin, so at risk because of his collusion, that he was and is simply Putin’s bitch. And if you want any proof – all you need to do is to look at the way he smiles at Putin.

This is not a laughing matter: the military grade psyops that drove the Vote Leave and Cambridge Analytica is still going on. Russia is brazen blasé and insulting to still have this active operation – but we British are utter imbeciles in that we do nothing about it.  And Russia, even after phenomenal Twitter accounts such as that under the name of “David Jones”, still sees it as important to maintain the full scale Internet Research Agency to make sure that Brexit happens in the very worst way possible. Tweets by Internet Research Agency accounts evoke the far worse arrogance and not giving a shit of the two ‘steeple tourists’ who poisoned and killed UK citizens, and then chucked enough Novichok into a bush to kill a thousand more. The utter disregard and disrespect is indicative of how Russian agencies sees the UK. As a joke. Led by fools. There for the taking. And Brexit will give Putin everything he is looking for.

So, please, take a step back: the Referendum was won on the back of cheating from a financial perspective, and nasty tricks and dirty lies from a communications perspective. But Brexit has now happened. And we somehow need to mitigate this disaster.

And we also need to prosecute and imprison the traitorous UK citizens who enabled it to happen.

@Big_Headers: A Brexit lie. Just one of many. They really are fucking desperate. And journalists are a bit piss poor by failing to call this out every single time. https://t.co/xeIcN0TGz2
h J R
@Big_Headers

@Big_Headers: This 🧵 More relevant than ever. The support for Brexit from Russian troll farms, owned by Prigozhin (also head of the Russian Wagner mercenary group) was *vast*. Helped of course by dipsticks like Rees Mogg, and his #moggmentum Which those delightful Russian trolls loved. https://t.co/SXp7xyl242
h J R
@Big_Headers

@TopNewsWorks: Only in Brexit Britain would Neonicotinoids, which are kill bees, and are banned in the EU for good reason, ....be sprayed on a flower. https://t.co/Ghnxl2p5Su
h J R
@Big_Headers

@EuropeanPowell: @RichardJMurphy 'Tax abuse has too high a cost to society for the issue to be avoided for any longer'. Legislation passed that criminalises protest, why not the same for tax avoidance? Private interests are being enshrined while public interests are open season for attack by r/w libertarians.
h J R
Follow @Big_Headers
Top