Skip to content
You are here
Home > Brexit > Crashing out with No Deal or having a #PeoplesVote ?

There are some who think that Parliament would never allow the UK to crash out of the EU without a deal.

There are others who think that the UK will crash out with no deal, but it will be o.k., because very quickly the UK will go back to the EU with a begging bowl, and Brexit In Name Only, or Brino, will be drafted up super quick and agreed to. This won’t happen, because this craven set of Brexit politicians cannot listen to reason, and all they will do is blame the EU for their own stupidity when the EU refuses their conflicting irrational demands, such as leaving a club, but still keeping the value of membership.

But lets take a few steps back, and have a look at this stupidity thing a bit more.  Because our current government, and the broader Conservative party, along with the Labour leadership, are becoming actual experts in stupidity.

Not to revisit the referendum…. we all know that that was a stinking charade of lies, manipulation, foreign interference, illegal spending, basically gaslighting the UK population.

We will just pick a random point. And go from there.

For example the Medicines Agencies.

David Davis said that the Medicines Agencies would stay in the UK, even though we were leaving the EU.

Two weeks later, the EU confirmed that the Medicines Agencies would be leaving the UK.

That is one thousand jobs lost.

Plus a loss in international standing for the UK.  Plus the additional supporting jobs losses.

But oh no – water off a ducks back for the Brexiters. It is worth it for the benefits of leaving the EU  for the UK EXCEPT THERE ARE NO BENEFITS IN LEAVING THE EU.

The UK has been fed a complete crock full of lies about the benefits of leaving the EU.

The only benefit of leaving the EU is not for the UK as a whole, but for the super rich, who do not want to comply with the EU tax avoidance directives which were agreed by every party, including the UK, and due to go into force almost the day the UK leaves the EU.

180,000 jobs in the UK have already been lost due to Brexit. In the case of a *soft* Brexit – it could be a further 1 million  jobs lost, and for a hard Brexit / no deal, up to 3 million jobs lost.  But that is just the start of it. To worsen the absolute hardship and misery inflicted by millions of jobs lost, there would be a real risk of financial meltdown. The UK economy descending into those experienced by banana republics – with hyper inflation, food shortages, and economy stalling.  Post EU referendum economic chaos was very likely averted by a huge ECT shock of quantitative easing by the Bank of England. That trick will be very difficult indeed to repeat.

What about sovereignty? Don’t we get back our sovereignty and our own laws? Nope. Because we never lost it to the EU in the first place. It was just a stupid, mendacious load of rubbish spread by demagogues.

Two whole years after issuing Article 50 when she had no plan at all, Theresa May *still* has got no agreement for three million EU citizens.

There is nothing British, or decent about how our UK Govt has treated 3 million EU citizens.

There is also nothing decent about the UK Govt gaslighting the British people – repeatedly saying that no deal is better than a bad deal, but not to worry, they will get a good deal.

THE GOVERNMENT WILL NOT GET A GOOD DEAL simply because the Government continues to ask for things that are MUTUALLY EXCLUSIVE.

Northern Ireland can *only* keep a soft border with Southern Ireland if Ireland stays in the Customs Union and Single Market.  The EU cannot maintain the integrity of food regulations unless there are physical checks of livestock and foodstuffs at the border.  Once the hormone beef, chlorinated chicken, GM grain, maggoty mushrooms etc. have crossed the border, it will be too late to control it, and the integrity of food supplies will be compromised.

Only option is for Britain to do what it wants from a trading perspective, have a border in the Irish sea, and, yes, to all intents and purposes, Northern Ireland stays part of the EU, but no longer part of the UK.

The ERG and the DUP will not accept this, along with many MPs.

A far larger number of MPs, along with the EU, rightly will not accept a hard border: they do not want to start supplying the body bags.

But the Irish Border is just the pinnacle of an entire mountain of un-achievable mutually exclusive goals, that May promises that will be delivered.

It was promised that we would have every country flocking to our door to have new trade agreements post the referendum, and the deals would be in place by the time we Brexited.

We do not have a singled signed deal, we will lose every one of 50 free trade deals with the rest of the world that we currently have under the EU, *AND* we will have to start from scratch renegotiating them with 159 countries, rather than a paltry 27!  Chances of that going well?

We will also need to renegotiate new collective trade deals with the 27 EU members, before we can trade with them.

Gibraltar – Spain has a veto on the U.K. exiting the EU if there is not a satisfactory solution for Gibralter.

But to top all of the above the UK has recently

We need to be seriously worried. There is currently only one real end game for the Brexit negotiations: to crash out of the EU with no deal.

There is only one chance to save the UK: a #PeoplesVote to give us the chance for a #FinalSay

Join and support the 700,000 people who went on the #PeoplesVoteMarch – write to and lobby your MP.  Make them understand that their future is intertwined with that of the UK’s – if they do not support a #PeoplesVote – they will have killed their political future.

@shane_gladstone: Hartlepool voters on #BBCBreakfast blaming Labour for the lack of police officers, cells and a functioning hospital in the town after 11 years of Tory governments and their lethal ideological austerity. Oh my days #ElectionResults2021
h J R
@Big_Headers

@brexit_sham: If you're not challenging his lies, you're facilitating them... https://t.co/FgNX4KixMn 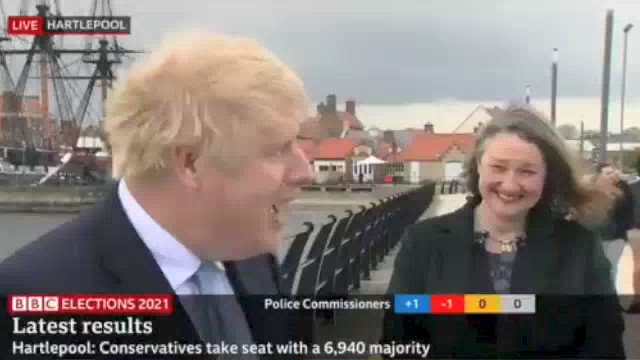 @TopNewsWorks: China has a naval base in Djibouti on the east coast of Africa. Looking to setup a naval base on the west coast. https://t.co/S2eVFsmRJV
h J R
@Big_Headers 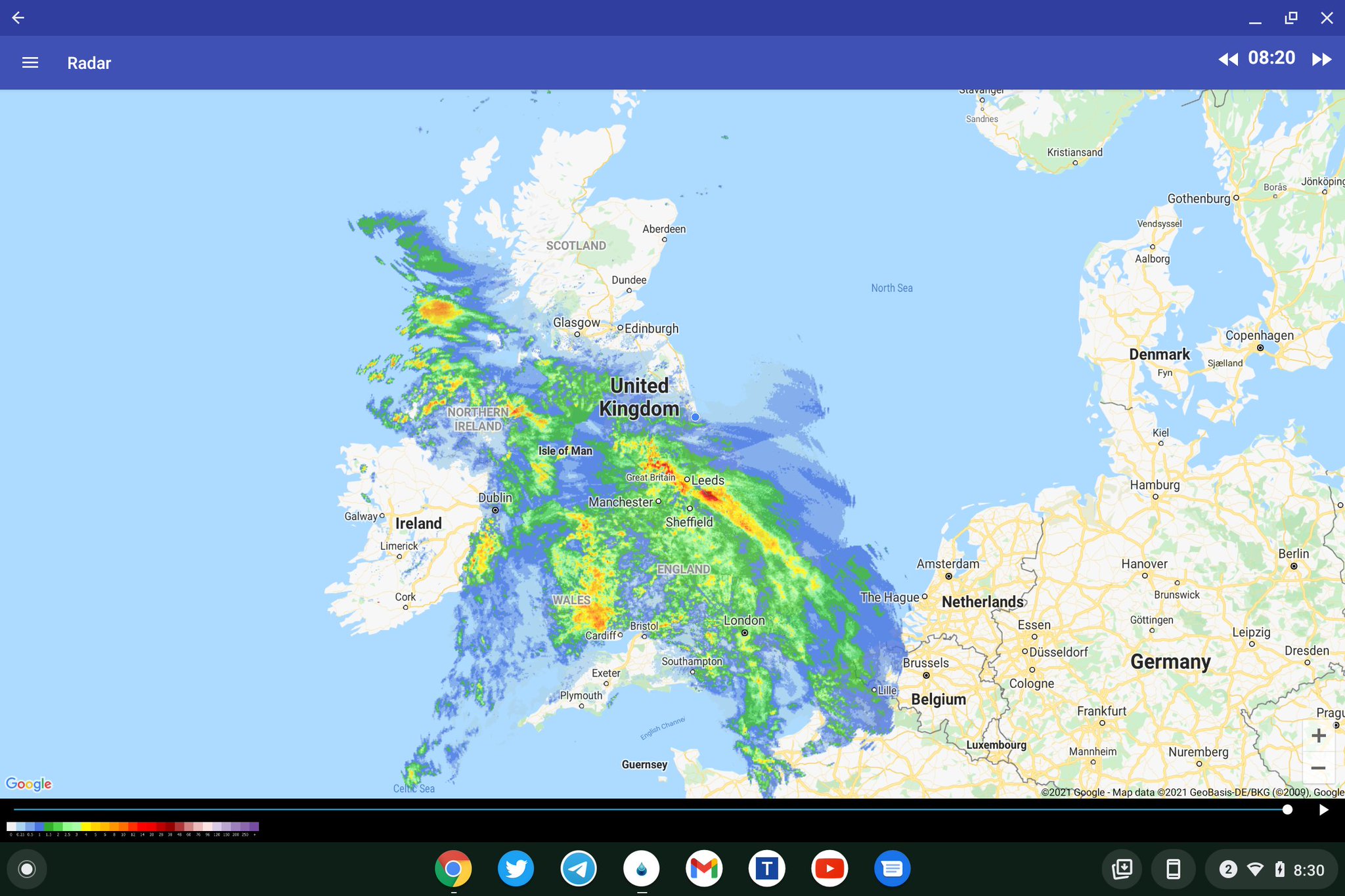 @jacqdodman: Tory voter in Hartlepool complains on BBC Breakfast that they have no police, no cells & no courts. “Labour have wrecked it” he said Is anyone going to explain to him that Labour aren’t in government, didn’t create austerity and have no ability to fund the services he wants?
h J R
@Big_Headers

@TopNewsWorks: But why did Hartlepool do badly over 11 years? Because this Conservative Govt has a policy of *not* supporting Labour constituencies *and* bunging huge funds to marginal Conservative constituencies. 4/7
h J R
@Big_Headers

@Iamlistening666: The only area of government not involved in corruption is the PMs hairbrush procurement process. There isn't one. Johnson has his own hedge which he drags himself through backwards every hour on the hour... https://t.co/8yYVhtp7VL 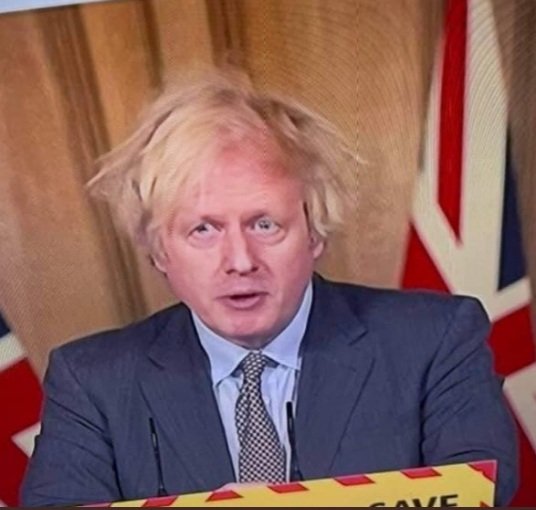